Fog hung over the river
Last year in Scandinavia.
The taxi drifted on thin ice
And everything was governed by a certain symbolism.

The movie theater was locked and empty.
“You’re an hour early,” they told us
When the storm began.
“My wife could not have come soon enough”
You declared with a wide gesture,
Your coat covering your head
And mine

DANA GOLDBERG is a poet and filmmaker. Her first book Orange Corals was published in 2011, and her poems appeared in various literary magazines. She was a co-editor of Anonymous Fish?, an online magazine for Hebrew poetry. Her filmography includes two full-length movies—Alice (2012) and Death of the Poet (2017)—as well as dozens of short films. 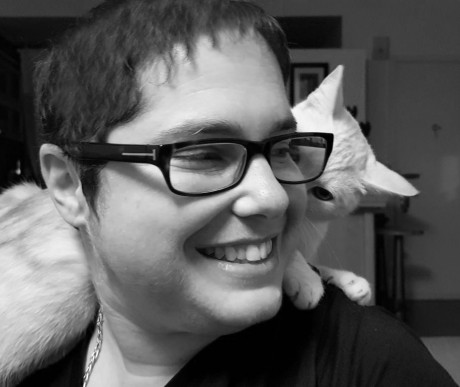