“Some of the stories are bold, others are sad, or extremely entertaining. But they all raise existential questions, and the way they are told leaves no room for redundancy.” – Hanna Kakiashvili, BE106

A man who must slay a lion before he can marry, a woman who dreams about disasters before they happen, a spy trapped in his own cover story, a metro driver whose tracks are full of suicides, a daughter who runs into her deceased mother at coffee shops, a sibling who recreates his dead brother as a computer program - these are only some of the protagonists of Sivan Shiknagy’s unique prose. Shiknagy writes 88 stories, each composed of 88 words. The precision this formal limitation requires leads to circular narratives brimming with insight about life, love, and the pounding loss at the heart of the book.

SIVAN SHIKNAGY is an author, poet, and screenwriter. She teaches at Minshar School of Art. Her first novel received the Ministry of Culture Award for Beginning Authors. She co-created the show Kadabra (Spell Keepers), winner of the 2017 Israeli Academy Award for Best Young Adult Drama Series, with Michal Cooper Keren and Einat Shahak. After winning the European Association of Creative Writing Programmes (EACWP) Flash Fiction Contest with her story “Kinetic Energy” (2018), Shiknagy proceeded to develop her flash-fiction book, 88. In 2019, it received the Iosep Eugen Campus Foundation Award. 88 is her sixth book. 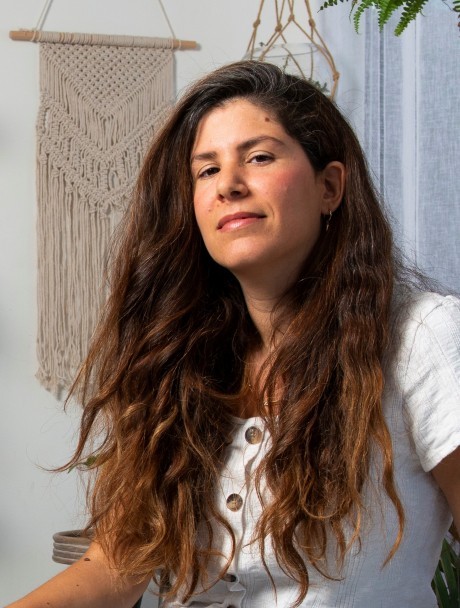