YONIT NAAMAN
If a Heart Falls

״[Naaman’s poetry] possesses its own language and idioms, which are so lacking in her contemporaries. As a poet, she also demonstrates control over diverse registers rather than a horribly flat, one-dimensional language.״ – Ran Yagil, Haaretz

A clear and direct call for political emancipation. – Shoey Raz

Accompanied by Khen Shish’s evocative art, Yonit Naaman’s poetry explores the various entanglements into which her womanhood leads her: experiences of political entrapment, a visceral yearning for motherhood, and the unruliness of fantasy.

As If Gauguin Came for a Visit

Yonit Naaman is an Israeli poet, essayist, editor, and literary and cultural scholar. Her first poetry book Pining for the Treetops was published in 2015. If a Heart Falls is her second book. 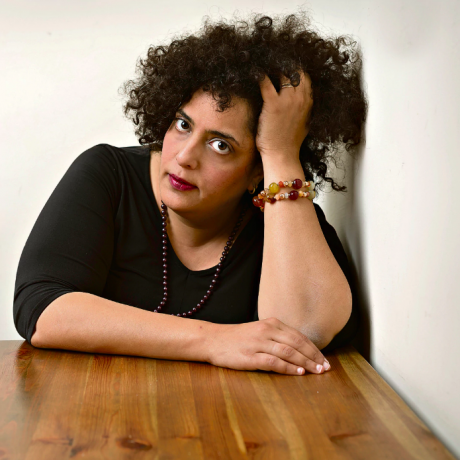