At the tail end of a long, inauspicious alleyway, off Tel Aviv’s bustling Allenby Street, is a door. Pass through it, and you’ve entered Halper’s world, a labyrinth of over 60,000 books spanning five rooms, packed from floor to ceiling, winding in and out. He’s been here, behind his cluttered counter, for over thirty years, in his faded T-shirt, incongruous North Jersey accent, and world-weary smile, collecting books and book people, and writing stories.

The Bibliomaniacs, Tales from a Tel Aviv Bookseller is a collection of odd, funny, and often outrageous stories, revealing the surprising and sometimes disturbing relationships between books and people.

Luminous and lucid, Halper’s gemlike short stories flash with wry wit, with a bibliophile’s chagrin, and above all with a subtle feeling for their characters’ rarely stilled appetites and aspirations. – Benjamin Balint, author of Kafka's Last Trial

Halper’s obvious talent emerges forcefully through his complex mode, which is stamped by self-irony, of watching people with anger, with criticism, with disappointment, and with empathy. – Hannan Hever, Yale University

J. C. Halper was born in Newark and raised in Springfield, New Jersey. He studied history at George Washington University in Washington, DC and at Yeshiva University in New York City. He moved to Israel in 1983 and was soon drafted into the Infantry. He opened his bookstore on Allenby Street in downtown Tel Aviv in 1991. When not buying and selling books, he tries to read them. His other obsessions included bicycle commuting and watching professional wrestling. He is married to Rivka and has four children and three grandchildren. 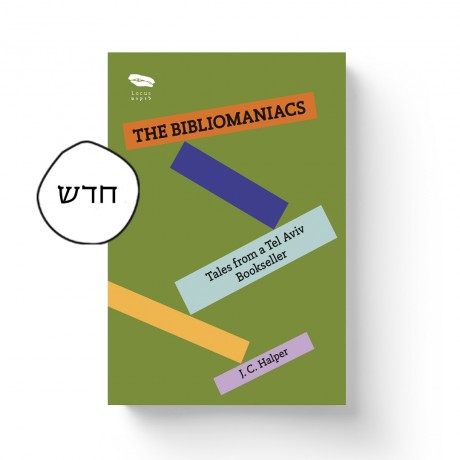